Professor of Psychology at the University of Wisconsin-Madison
Ph.D., 1980, Columbia University

Mark Seidenberg is Vilas Research Professor and Donald O. Hebb Professor in the Department of Psychology at the University of Wisconsin. He is a cognitive scientist/neuroscientist/psycholinguist who has studied language, reading and dyslexia since the disco era.  He attended Columbia University as an undergraduate, where, like many students, he worked part-time. He received a Ph.D. from Columbia, where he was a student of Tom Bever during the notorious Nim Chimpsky era. He did postdoctoral research at the Center for the Study of Reading splitting time between Bolt Beranek & Newman and the University of Illinois. His first acad 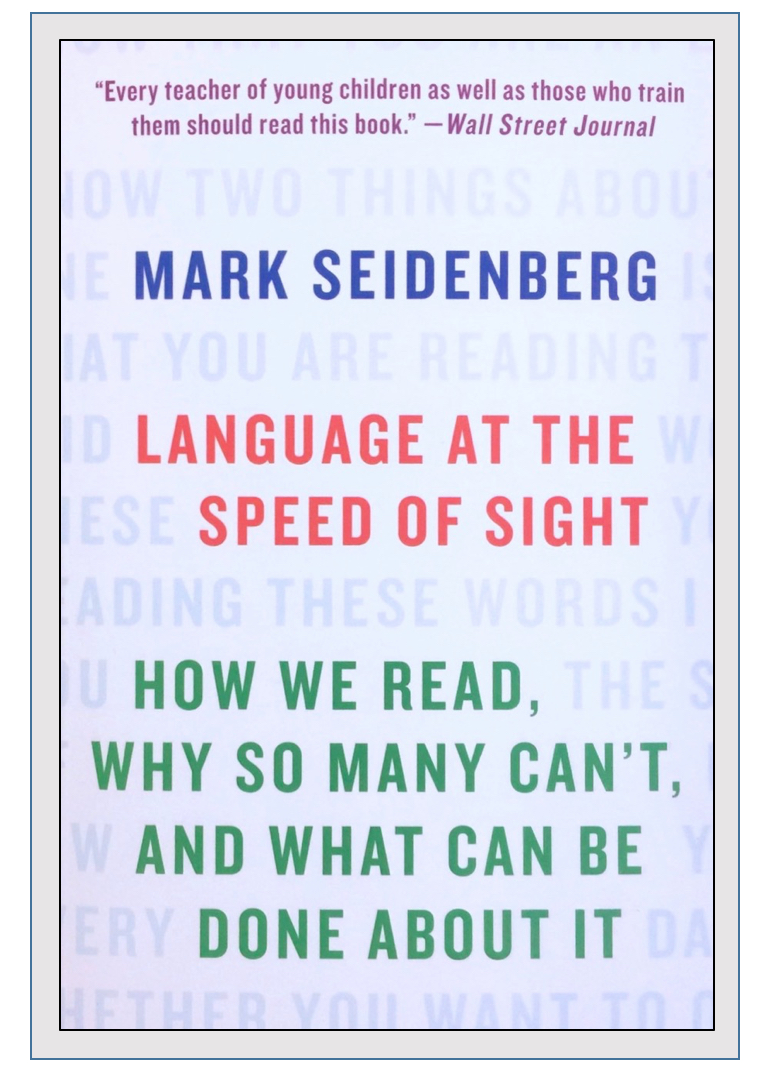 emic appointment was at McGill University in Montreal, home of fantastic food and very long winters. After 10 years in the cold he moved to the University of Southern California, where he had appointments in psychology, linguistics, and in the neuroscience program. In 2001, having adjusted to the lovely climate, he moved to the University of Wisconsin-Madison, where he lives in a downtown apartment with gorgeous views of Lake Monona and environs. He has published many scientific articles in fine journals such as Science, Psychological Review, Nature Neuroscience, Language, Psychological Science, and Semiotica (!), and was honored as one of the 250 most-cited researchers in the areas of psychology and psychiatry by those Web of Science citation-counting people. His reading research addresses the nature of skilled reading, how children learn to read, dyslexia, and the brain bases of reading, using the tools of modern cognitive neuroscience: behavioral experiments, computational models, and neuroimaging.  His language research addresses what people know when they know a language, how this knowledge is represented in the brain, and how it is acquired and used.

His book “Language at the Speed of Sight: How We Read, Why So Many Can’t, and What Can Be Done About It” (Basic Books), published in 2017, is now available in the convenient “paperback” format.  The reviews were satisfactory.  The book’s web page is seidenbergreading.net.

Overview of Research Goals and Interests

Here’s a simple summary of my research:

I study language and reading, with the goal of understanding how these skills are acquired and used, and the brain circuits that support them. The work involves a combination of behavioral studies, neuroimaging, and computational (connectionist) modeling. If at all possible, I’d like this research to make it easier for more people to become better readers, and for children who struggle with reading to obtain effective help.

Here’s more about what that means:

These are the classic questions about language:  What do we know when we know a language? How is this information acquired and used in comprehending and producing language? What are the brain structures that support language and how do they develop? Why do people acquire language and not other species? How does language relate to other cognitive capacities? What do language disorders tell us about the language system?

My research attempts to advance the understanding of these issues, while challenging many broadly-held assumptions about them. For example, since Chomsky’s early work, knowledge of language has been equated with knowing a grammar. Many consequences followed from this initial assumption. If the child’s problem is to converge on the grammar of a language, then the problem does seem intractable unless there are innate constraints on the possible forms of grammar. What if we abandon the assumption that knowledge of language is represented as a grammar in favor of, say, neural networks, a more recently developed way of thinking about knowledge representation, learning, and processing? Do the same conclusions about the innateness of linguistic knowledge follow? The answer is: not at all.

My goal has been to articulate an alternative framework for thinking about the classic questions. It has taken time for the ideas to transition from “benighted” to “mainstream”.  For many years the study of language was dominating by theoretical linguistics, particularly syntax. I think this approach stalled because it did not succeed in answering essential questions such as how the child acquires a language, even under assumptions such as Universal Grammar. This left an opening for important insights arising from outside of traditional linguistic theory: from computational modeling and artificial intelligence, from studies of the brain bases of learning and development, from renewed interest in the statistical properties of language. This is progress.

Much of  my research concerns reading, how reading skill is acquired by children, and impairments in learning to read. The initial focus was on behavioral studies and the development of neural network models of normal and disordered acquisition. The research has now progressed to identifying anomalies in the development of neural circuits for reading, and how those anomalies interfere with reading and other behavior. The “noise” hypothesis that we explored (the Harm & Seidenberg 1999, model; vision studies with Lu, Manis, and Sperling at USC) is looking better than we could have known: noisy neural processing within and between reading/language areas arising from anomalies in white matter tracts gives rise to behavioral impairments very much like the ones we had studied. 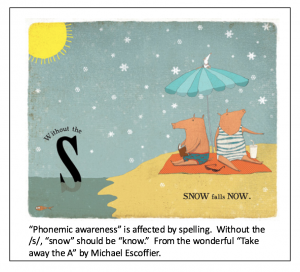 I am also deeply committed to pursuing the educational implications of reading research. The “achievement gap” refers to the lower achievement of poor and minority children in school, particularly in reading.  Our focus is on ways in which language background affects early school achievement. Most African American children speak the dialect called African American English, whereas the language in the school is some version of “standard” (also called “mainstream”) American English. This situation makes tasks such as learning to read literally more difficult than for children who use the same dialect at home and in school. Our studies examine young children’s knowledge of the alternative dialects, factors that affect ability to switch between dialects, and ways that negative effects of the mismatch can be ameliorated. The idea is to provide supplementary language experiences early, when the child’s plasticity for language is high. We can also use our computational models of reading to predict where dialect differences will interfere with progress, and how experience can be structured to improve performance.

Seidenberg, M. S. (2013). The Gladwell Pivot. Language Log.  A blog post about whether dyslexia is a “desirable difficulty.” http://languagelog.ldc.upenn.edu/nll/?p=8123.